There is a way for the arts and cultural sector to be sustainable. Rosebud Fellowship is home to collaborative artists and entrepreneurs who have started an endowment fund with the Calgary Foundation that creates an enduring legacy in arts and culture.

Give to the Endowment
Become a Member

The Rosebud Chamber Music Festival is back for its tenth season from July 4-10! This year's festival features world-renowned musicians, exciting works, and intimate chamber music performances.

An Iconic Tourist Destination Has its First Jubilee

Behind every brand name are many stories. In the information age nothing remains hidden.

Rosebud Valley, according to Sioux history, was nurtured as a sacred place for 10,000 years for the Great Creator. This was a gathering place for nomadic people, a place where war drums were turned into peace drums. Hundreds of medicinal plants provided healing. Abundance of wildlife and fruits-in-their season provided sustenance. The valley provided refuge from the prairie storms. Elders, the knowledge keepers, taught the younger generations. Generation followed generation as guardians of the land. Then their world was changed.

Settlers arrived. They were not nomadic. They did not come to keep the land for the Great Creator. They came to own the land. They were not guardians but possessors. A new culture was established -
agriculture. Treaty #7 was signed in 1887.

Rosebud’s settlement dates from 1883. The Village of Rosebud became the hub for rural families. The Village dissolved in 1945 and became a hamlet. Agriculture underwent constant change. Ranching changed to family farming. Farming became industrialized. The CN rail line built through the Rosebud River valley endured for only a century leaving lasting environmental change, but Rosebud did not go the way of neighbouring railway sidings.

In 1973, Rosebud Camp of the Arts was formed as a place of learning for youth. Vacant buildings in Rosebud provided a campus. U of C and SAIT summer students were employed with the support of Crescent Heights Baptist Church, North Calgary Kiwanis Club, Imperial Oil, Calgary Coop, Maclin Ford, Simpson Sears, Smitty’s Pancake House, National Transmission, and Calgary Printing and Silk-screening. Calgary Public and Separate Boards of Education promoted the program though their Fine Arts departments. Alberta Culture, Fine Arts Department stepped in with support.

Rosebud Camp of the Arts began filling the void left by family-farm decline. Fifty years later ROSBUD is a brand name in Tourism and the Arts. The visitation of nomadic tribes has been replaced by rubber tire traffic on paved highways used by tens of thousands of visitors annually to Rosebud’s music festivals, galleries, theatre productions, plein-air paint-outs, choral concerts, and celebrations.

The centuries of enjoying the blessing of the Great Creator continue in this valley with new legacies, memories, and friendships. Farm families and international guests meet. Local service clubs and the Rosebud Church provide continuity. Rosebud’s Memorial Museum documents history.

Behind the scenes Rosebud Fellowship was provincially chartered in 1976 and received its charitable status #817369945RR0001 in 1977. It is a fine arts production company like none other. It acts as a fine arts incubator until its offspring have their own legal status. Then it stands in the wings to help with production capacity. Rosebud Fellowship’s legacy includes Rosebud School of the Arts, Rosebud Theatre in Rosebud, AB, the Canadian Badlands Passion Play in Drumheller, AB, and The Chemainus Theatre Festival on Vancouver Island. The Society stands ready to birth other endeavours that comply with its charitable purposes.

Rosebud Chamber Music Festival is produced annually by Rosebud Fellowship as its contribution to the Canadian music scene.

Rosebud River valley was a place of refuge and sustenance for indigenous peoples who recognized it as a gift of the Great Creator. After thousand of years of care the valley experienced the impact of European explorers and traders. A vast cultural shift began. Buffalo in the valley were replaced by settlers’ cattle. Rosebud became a community trading place with the first permanent settlement dated in 1883. Alberta became a province in 1905. Rosebud’s ranch lands turned into small family farms. A railroad line built on the floor of the valley cut through the hills and changed the river’s flow. Settlement that created the village of Rosebud also caused its quick decline with the extensive mechanization of farming, modernization of transportation, and the continuous urban growth of Southern Alberta, Canada.

In 1973 Rosebud was a sleepy little hamlet slowly drifting into history. Significant buildings like the CN train station had already been demolished and others were headed in that direction, but a young group of Christians saw Rosebud and envisioned a refuge. Youth of Calgary had been raised in the shadow of the Vietnam war with unsettling social circumstances and had turned to the Jesus People movement. They convinced the board of Crescent Heights Baptist Church in Calgary to purchase several Rosebud buildings for use as a youth retreat called Rosebud Camp of the Arts. Service Clubs, Alberta Culture, Calgary businesses and educational institutions embraced the project.

Rosebud Camp of the arts expanded into a year-round venture within its first year. Rosebud Fellowship, formed in 1976, purchased the Rosebud assets of Crescent Heights Baptist Church and other Rosebud assets that had come available. All available hamlet housing soon was occupied as the resident population grew and arts programming flourished.  Rosebud became an iconic tourist destination.

Rosebud Fellowship applied to the Alberta Provincial Government to enact the Rosebud School of the Arts Act which passed in the spring of 1988. Rosebud Fellowship donated its land holdings and properties to the newly formed Rosebud School of the Arts. This was a challenging time as Rosebud artists undertook the development of the Canadian Badlands Passion Play in Drumheller, AB, and Chemainus Theatre on Vancouver Island, while continuing to expand Rosebud ventures.

The Fellowship is now a home-for-the-heart of all friends and alumni of its many incarnations: campers, theatre patrons, the graduates of Rosebud’s educational programming, and the many guests who sense the sacredness of this place.

Rosebud Fellowship is a legacy-building charity that spans the globe as “Rosebuddies” pursue friendship, fellowship, sharing of their stories, dreams and visions. When all is said and done now abides faith, hope and love. But the greatest of these is love.

1) Develop a charitable fellowship with enduring friendships of artistic, creative, and visionary leaders inspired by the creative power of God demonstrated by the Rosebud Fellowship legacy.

5) To provide emerging artists with professional portfolio and performance credits.

6) Create endowments for Rosebud arts legacy organizations through the Calgary Foundation and other CRA approved foundations.

The purpose of a Common Narrative is to present a unified image at home and abroad.

Rosebud is the Cultural Heart of the Canadian Badlands. It is a grateful heart that longs for an abundant future.

Rosebud is a community of confident skills and varied interests. It is a safe place for its citizens and guests. It is creative and resilient. It is committed to be a welcoming home for all. It is a valley full of stories and longings: stories of nomadic people living here since the last Great Ice Age, stories of vast migrations, of settlers who came to start new lives, stories of cowboys who built sprawling ranches, of the last great open-range cattle round-up, stories of building a farming community, stories of rural survival in the face of overwhelming international urbanization. Rosebud’s unique cultural history has flourished as a national treasure.

Rosebud has attracted writers, composers, artists, families and international friends. In winter its snow covered valley waits for the summer’s blaze of glory. But during all seasons it is open for friendship.

Today Rosebud’s heart is citizens who tell these stories, at home or on the world’s stages networking with other creative people. It is farmers whose productivity feeds a needy world. Rosebud is a community of friendship with hearts open to welcome you. Come celebrate with us in festivals and country living.

Rosebud invites the world to hear its stories, see its beauty and share in its community values. It invites you to be a citizen for a day, or a lifetime. Come away for a little while from the stress of urban pressures, or the sadness of faltering communities. Let us become part of your story, and you part of ours. Come as a student to study here. Bring your children, who with wide-eyed wonder will travel to times only imagined. Spend hours floating down our lazy river or visiting our rural attractions. Why visit any other place when we long to have you here?

Why raise your family, or build your business, or launch you career anywhere else?

Rosebud might seem like a quaint and distant place, but we are a global centre attracting talent and visitors from around the world.

There are multiple ways to be a part of Rosebud Fellowship. Follow on social media or become an official member.

Give to the Endowment
Become a Member 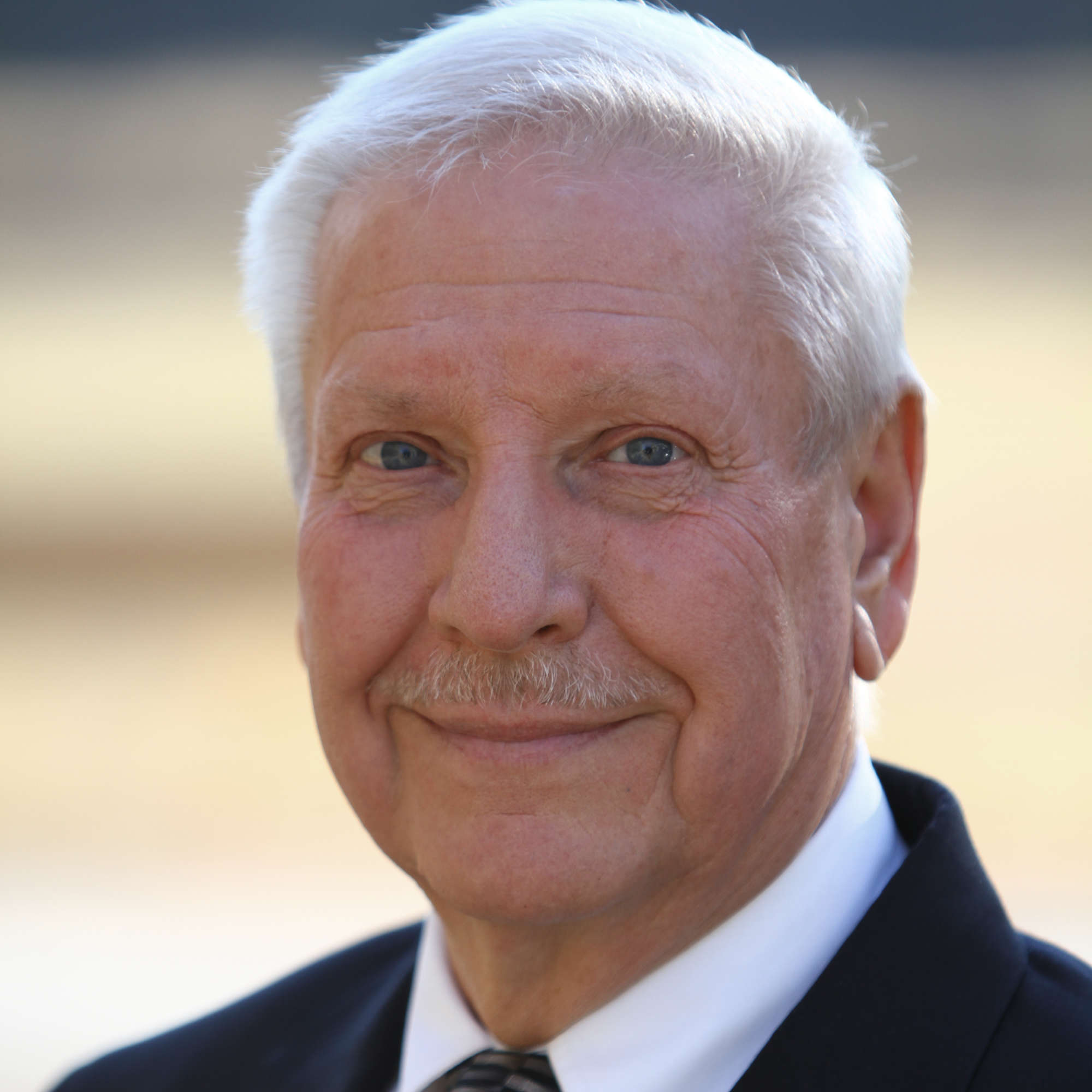 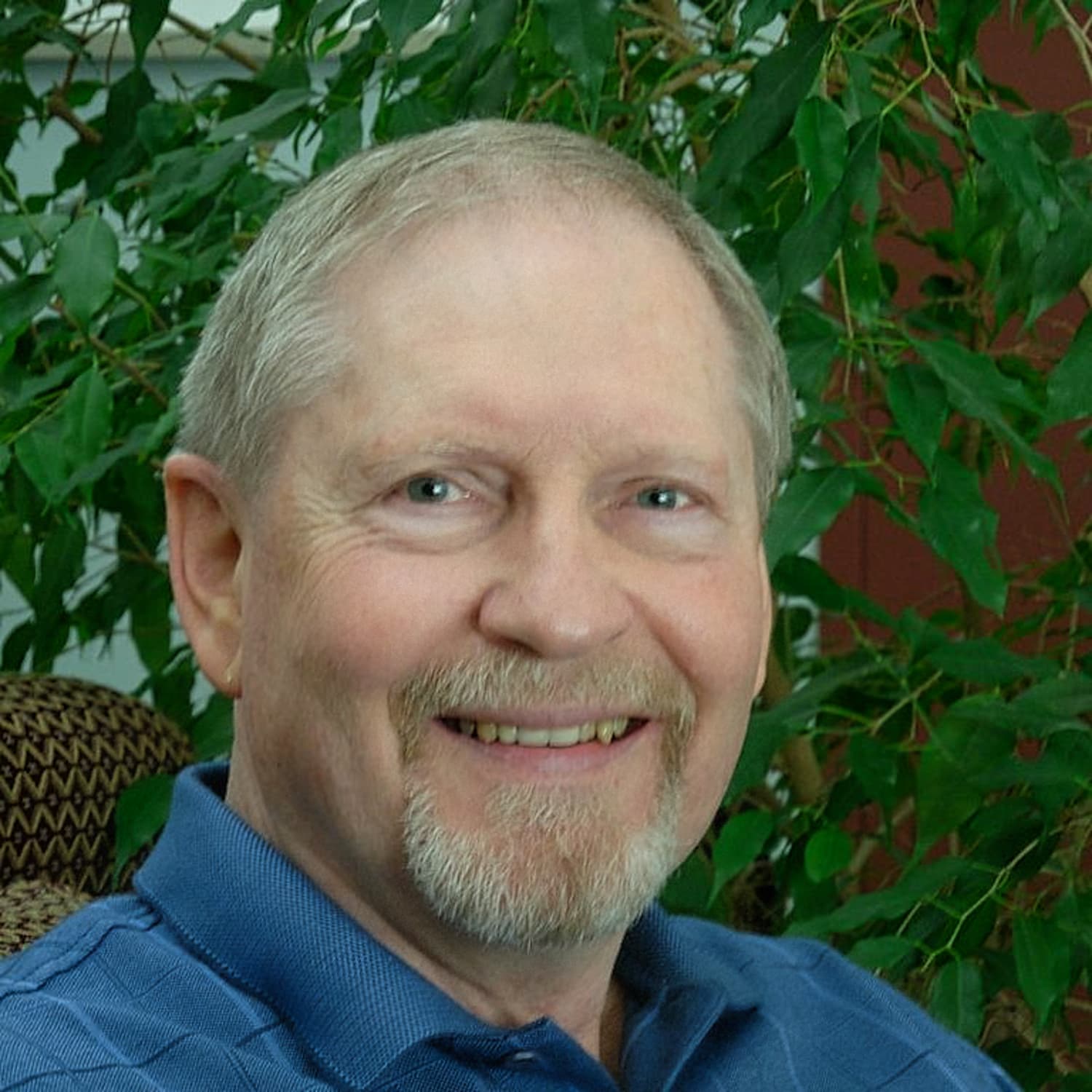 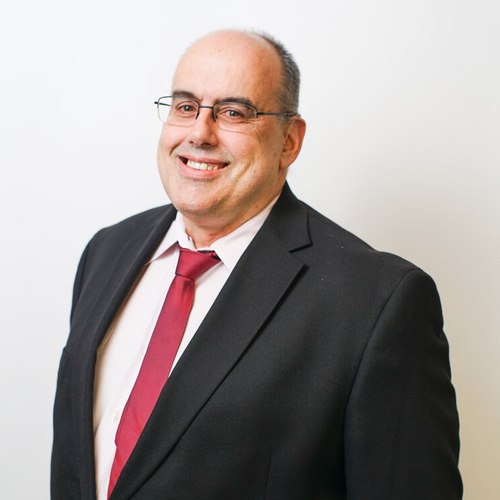 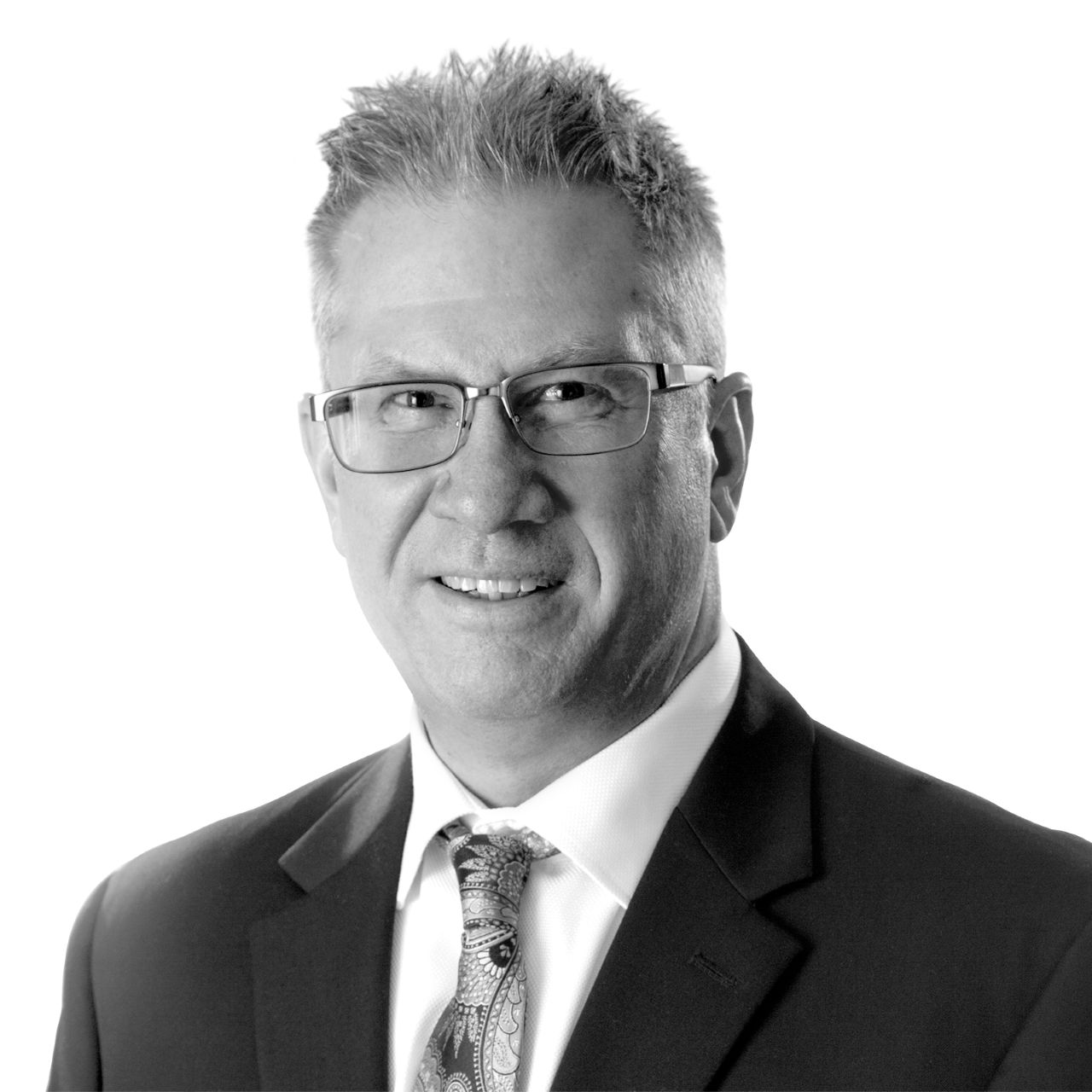 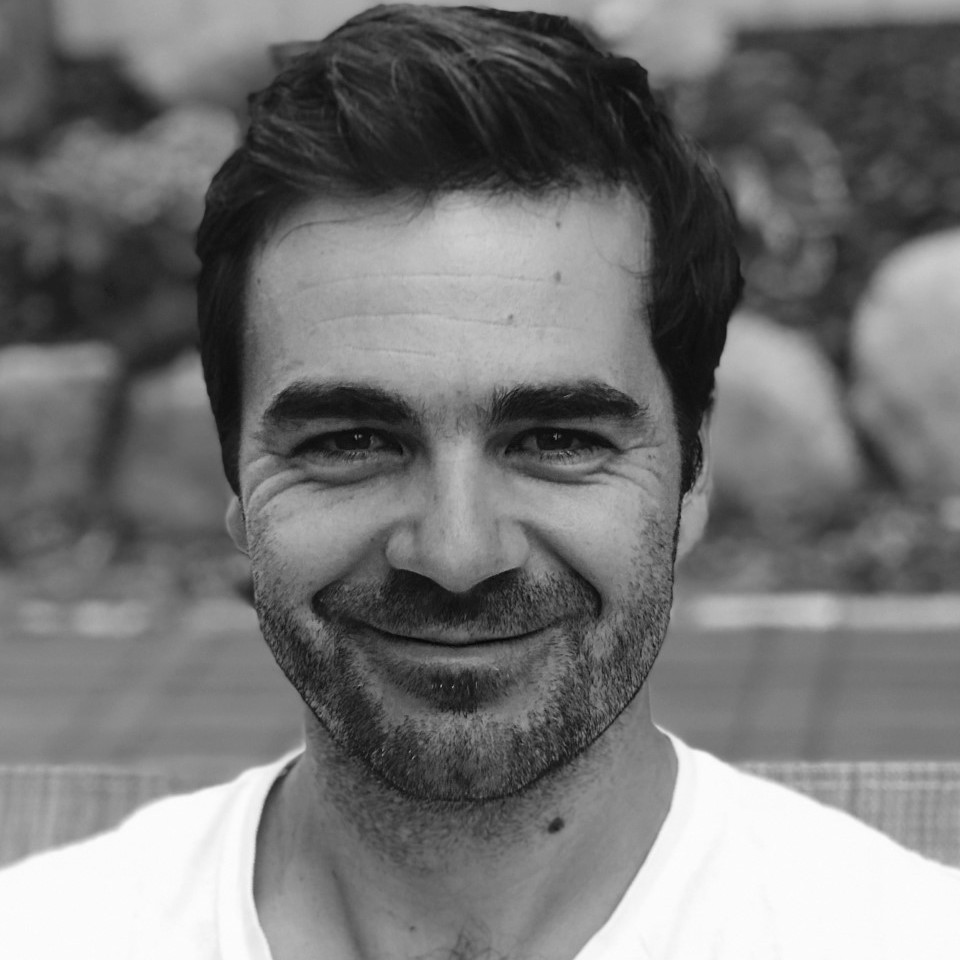 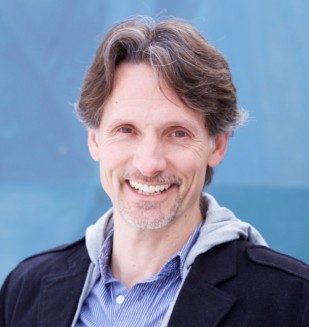 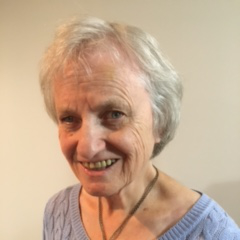 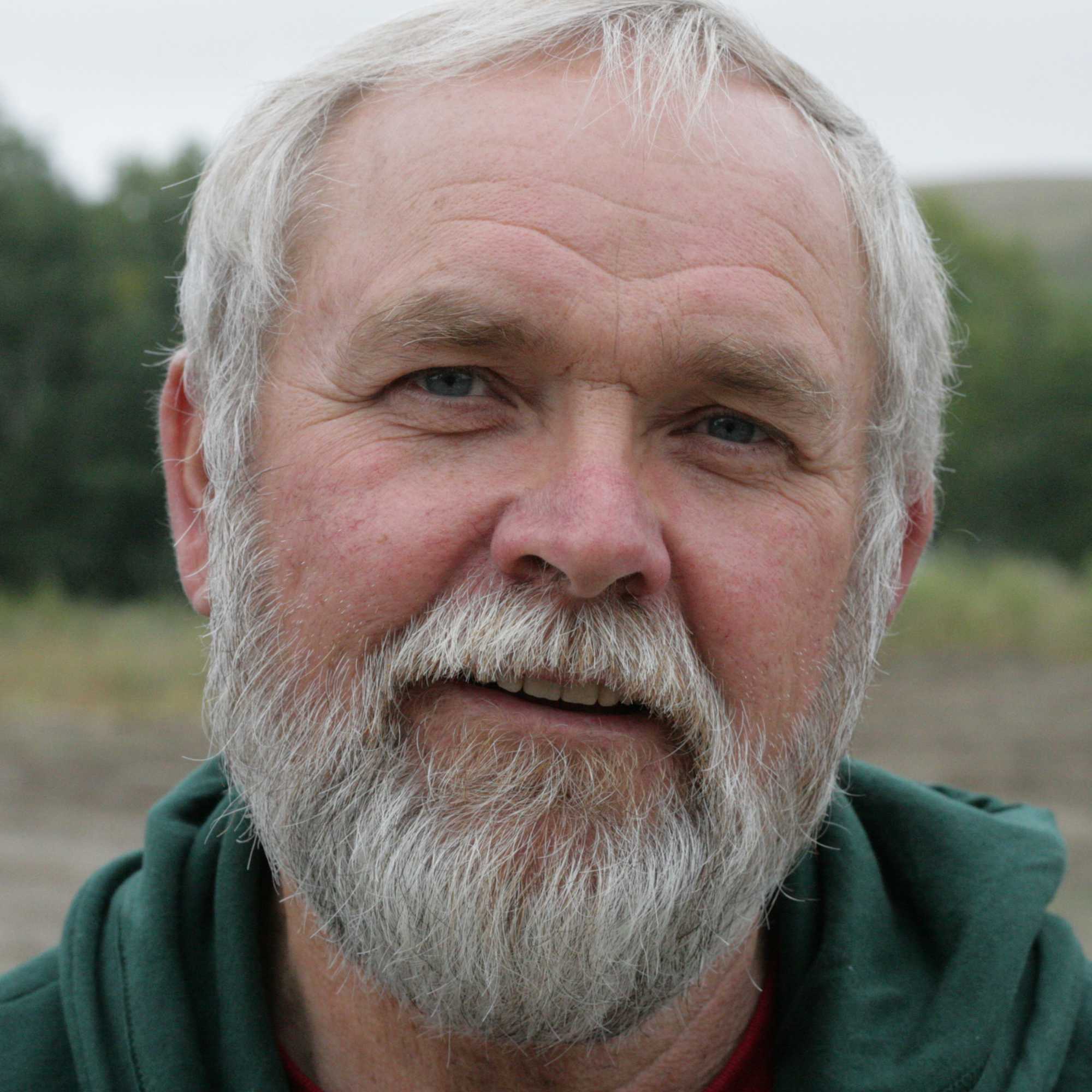 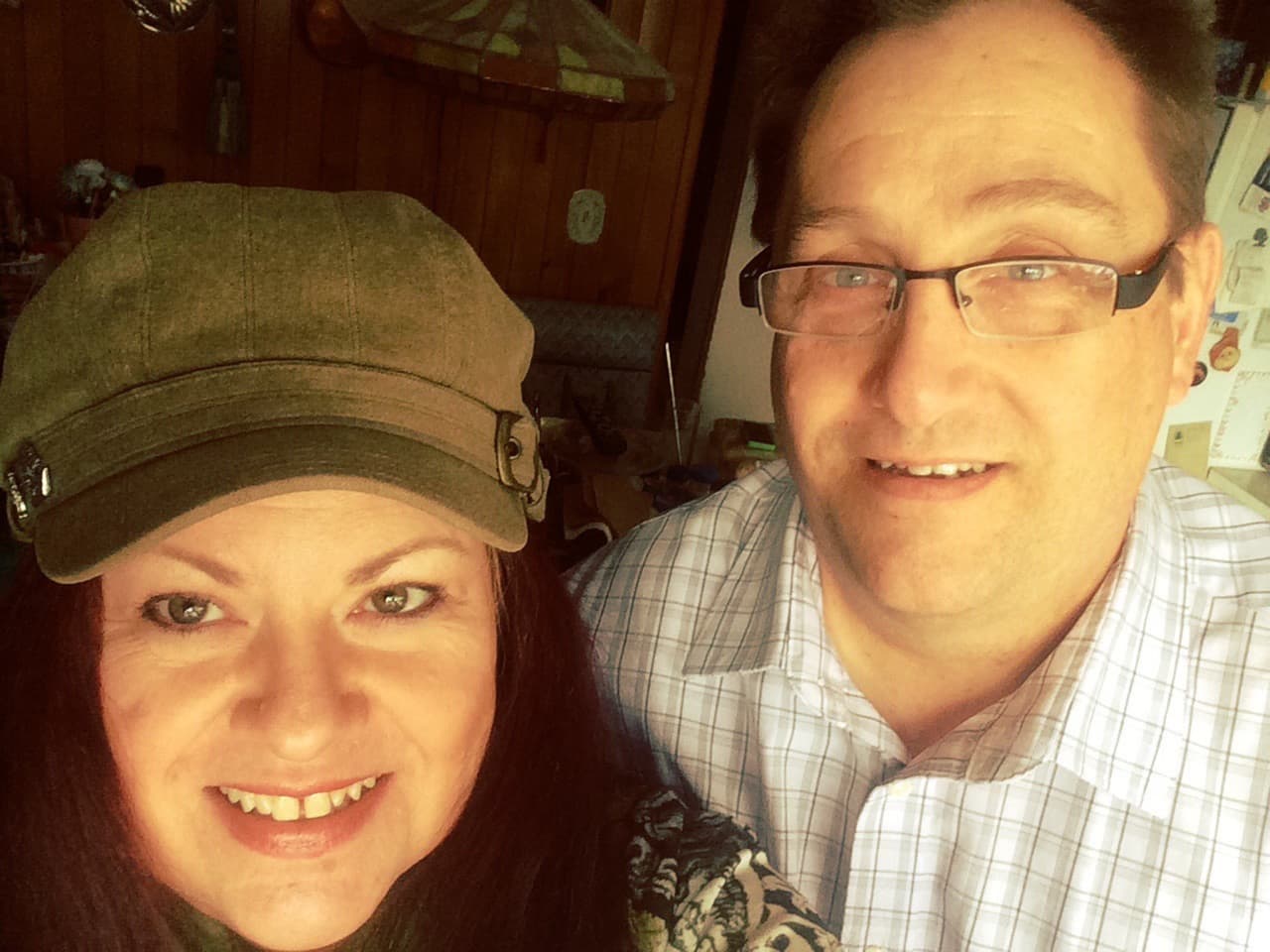